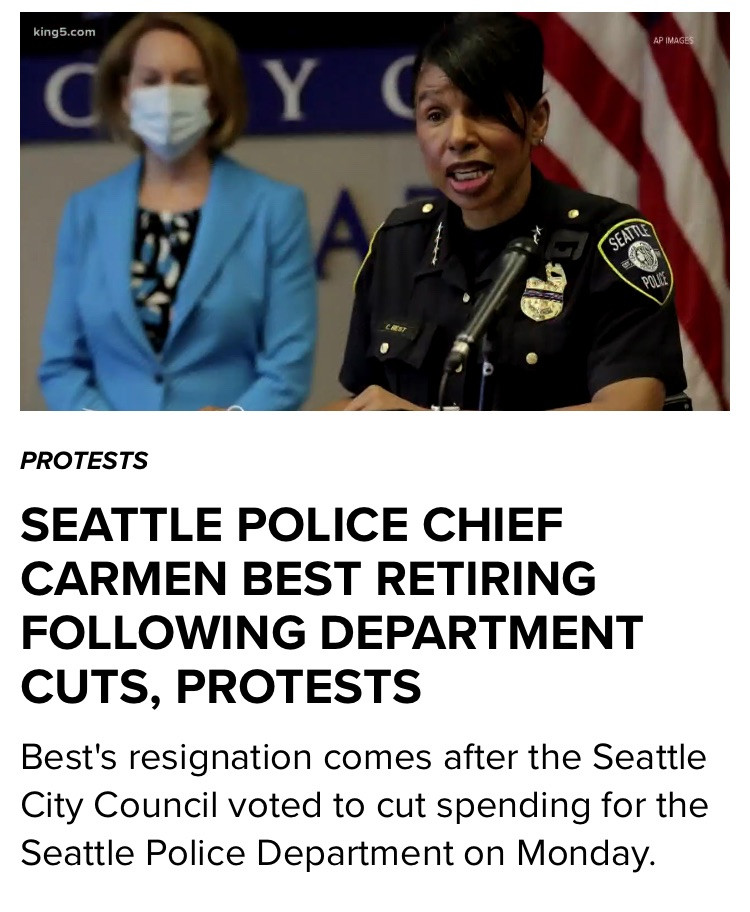 Drastic budget cuts to defund police departments in response to protesters and angry mobs will only hurt police/community relations and public safety.

Many Seattle citizens had been requesting an increase in police staffing due to rising crime rates. Instead, staffing was reduced by 100 officers.

Seattle City Council’s budget cut will eliminate the city’s most diverse recruit class ever and has led to the resignation of the city’s first Black police chief.

If citizens want to see more from their police, that will require more money for recruiting, transparency such as body cams, and quality training. Drastic budget cuts are steps backward, not progress.

We do not want to see this tragedy here in Omaha.

This email address is being protected from spambots. You need JavaScript enabled to view it.